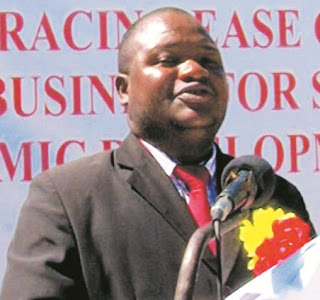 CHIREDZI – Famous South African Tsonga artiste Thomas Chauke Na Xinyori Sisters will headline a fundraising gala at Tshovani Stadium this Saturday in preparation of the Great Limpopo Cultural Fair which will be held at Mhlanguleni from July 19 - 23.
The cultural fair brings together communities living in the border areas of Zimbabwe, Mozambique and South Africa and will this year be held under the theme 'The Role of Culture in Promoting Food Security.
Speaking in a full council meeting recently, Chiredzi District Administrator (DA) Ndeya Nyede said the cultural festival will be graced by the Minister of Rural Development, Promotion and Preservation of National Heritage Abednego Ncube together with his Tourism and Hospitality counterpart Walter Mzembi.
In his second quarter report, Chiredzi Rural District Council chaiperson Alderman Matsilele said the district was prepared for the cultural fair with council guest houses in Chikombedzi having been built.
"We have also completed the guest houses at Chikombedzi growth point and water is being finalised at the project site. We hope that by 20 July, when the Great Limpopo Cultural Fair roars into life, the guest houses will be operational," said Matsilele.entertainment
Share !