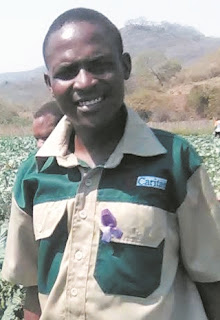 ...chief walks away in protest

ZAKA – District Administrator (DA) Victor Zinanga last week told a full Zaka Rural District Council (RDC) meeting at Jerera that Heal Zimbabwe was not welcome in the district, saying the civic organisation had not signed a Memorandum of Understanding (MoU) with the local authority.
Zinanga told councillors, chiefs and legislators who attended the meeting that they should not welcome people from the organisation in their communities.
"Heal Zimbabwe is not welcome in Zaka! If they come to you, turn them down because Zaka has not signed an MoU with the organisation," said Zinanga.
A few weeks ago, the organisation, which works to promote peace, harmony and healing at community level, helped to organise a soccer tournament for the youth in the district.
Zinanga, however, said Heal Zimbabwe had simply hijacked a programme which had been started by Zaka Central Member of Parliament (MP) Paradzai Chakona.
After Zinanga has made the announcement, Chief Nhema born Rangarirai Bwawanda, raised objections against the order, asking Zinanga why Heal Zimbabwe must now be banned when it was the DA himself and Chakona who had allowed them to organise the soccer tournament.
A heated exchange between the two followed, with the DA telling Chief Nhema that he was being childish, an insult which caused the chief to walk out of the meeting.
When contacted for comment, Heal Zimbabwe director Rashid Mahiya said the organisation was legally registered and there was no law that obligates them to have a MoU with anyone in order to carry out their work.
"We are a conflict-sensitive organisation which would ordinarily seek to avoid conflict but we are guided by the constitution. We have community structures in Zaka. I hope the DA does not think he is the law nor is opposed to our message of peaceful co-existence.
"We submitted our documents to the PA (Provincial Administrator) two years ago to show our conflict sensitivity," Mahiya said.
Zaka is one of the districts which recorded some of the most gruesome cases of political violence in the recent past and is known for the petrol bombing of MDC-T offices during the June 2008 presidential election run-off election, an attack which left two people dead.local,politics
Share !