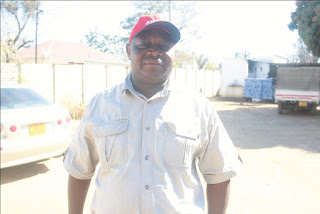 MASVINGO – Academy 2063, a national soccer academy, is scouting for talent in the province and has shortlisted youngsters below the age of 14 who are camped at Vitoria High School for final selection process.
Of the shortlisted children, 20 are from schools in Masvingo town and 15 are from other districts in the province.
Some children who played at the Mayor's Junior Tournament held at Mucheke Stadium made it to Victoria High School where they stand a chance of being selected.
They include Tendai Chorwira from Francis Aphiri, Leeroy Zacharia from Dikwindi, Sean Tagarisa from Chikato, Tinashe Dune from Don Bosco and Anopa Muzira from Gokomere Primary School.
Transport and food for the shortlisted people has been provided by the academy and while those who come on their own are provided with accommodation.
Academy 2063 Masvingo provincial coach Ezekiel Mutoda said those who get selected will be transferred to Selborne Primary School while those at secondary school will go to Prince Edward.
"Our president, Regis Dzenge will in the future identify two other schools in Masvingo where local children with soccer talent will be placed and there will no longer be need for them to travel to Harare," said Mutoda.
Mutoda, Wilson Chinosengwa and Patson Ndabambi, who is the academy's technical director, and other coaches from Harare are in charge of the selection process.sport
Share !