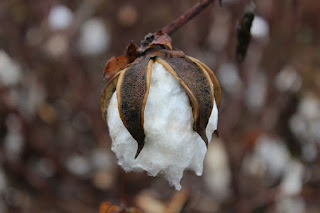 CHIPINGE - The shortage of cash in the country is driving local cotton farmers to smuggle their produce to Mozambique where payment is made in cash, although at lower prices, TellZim News has learnt.
Though many cotton farmer are beneficiaries of the Presidential Input Scheme, they would rather sell their harvest in the neighbouring country than to local buyers who oftentimes pay using EcoCash and bank transfers.
Chipinge South Member of Parliament (MP) Enoch Porosingazi said local cotton companies get cash when they export their lint but do not want to pay cash when they buy cotton from local farmers.
"There is rampant smuggling of cotton from Zimbabwe to Mozambique. Revenue is no longer benefiting our government but is going straight to Mozambique.
"Our local companies also have a problem. They receive cash from the lint they sell outside yet they always use EcoCash when transacting with local farmers. They should show us some seriousness on that," said Porusingazi.
He also said that the border control unit was failing to stop the smuggling due to shortage of resources.
"The border control unit is failing to handle the situation because they are operating on foot; they don't have even a single patrol vehicle," he said.
When contacted for comment, Agriculture, Mechanisation and Irrigation Development minister, Dr Joseph Made threatened government action against farmers who smuggle their cotton across the borders.
"Cotton is one of our foreign currency earning crop and we should not sell it outside the country. If farmers continue smuggling cotton outside the country like that, they will lose the five percent import incentive. Cotton companies should work with their farmers and educate them about the benefits," said Dr Made.local
Share !