Gweru gives up on vendors 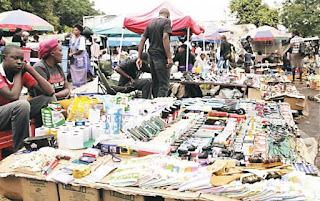 GWERU – The City of Gweru has made it clear that they have given up on futile attempts to remove vendors from the pavements and other undesignated selling points, saying the onus now lies with the central government on how to approach the challenge.
Speaking to TellZim News, Gweru mayor, Charles Chikozho said council has since handed over the matter to the Minister of State for Midlands Provincial Affairs, Jason Machaya.
"The issue of vendors is quite troubling. We have since handed the matter over to government so that they can at least help us in that regard. We recently held a meeting with Minister Machaya and we are waiting for a way forward.
"As council, we have seen that we have no capacity to remove vendors because they have refused to leave the pavements. We have also tried to engage police for help us but no help has come," said Chikozho.
He also said illegal taxis commonly known as mishikashika were also contributing to the disorderliness in town.
"Those are giving us an equally tough time too. They refuse paying for parking disks and imagine the losses we make every day," Chikozho said.
When contacted for comment, Machaya acknowledged the problem but could not reveal his plans, saying he was on leave.
"I know of that issue but I cannot do anything for now because I am on leave. I am coming back in September," Machaya said.
No comment could be obtained from the Minister of Local Government, Public Works and National Housing, Saviour Kasukuwere as his phone went unanswered.
Earlier this year, Gweru Vendors Association chairperson Lovemore Reketai told TellZim News that council will never be able to remove vendors from the streets.
"Their move is impossible I don't want to lie. If they push people, it would be deadly; panofa munhu apo! They would rather listen to vendors than make resolutions from the comfort of townhouse without consulting," Reketai said.local,top news
Share !