Mutare man shoots self in kombi 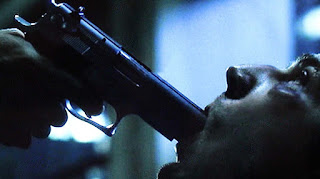 MUTARE - Business was brought to halt at Mudzviti bus terminus in the early hours of Wednesday last week when a Chiredzi-based businessman decided to end his life by shooting himself aboard a Sakubva-bound commuter omnibus.
Freddy Mbendana (47), who is originally from Bande Village under Chief Garawa in Chipinge, shocked other passengers including his son Noway (29), who was seated with him on the back seat, when he suddenly ended his life by shooting himself using his Rhnera Spot Watten pistol.
Acting Manicaland provincial police spokesperson Sergeant Wiseman Chinyoka confirmed the incident and urged members of the public to seek professional counselling when faced with problems.
"We received the report that a man shot himself around 08:30am in a commuter omnibus while they were on their way to Sakubva bus terminus. The man was travelling together with his son and they were said to have been going home to solve a family matter.
"Investigations are still in progress but we urge all members of the public to always seek professional counselling when faced with family issues to avoid loss of life," said Chinyoka.
Mbendana, who was coming from Harare, was seated on the back seat on the far right side while there was another passenger between him and his son and he appeared to be sleeping covering his face with his jacket.
He then shot himself once through the mouth using his pistol and he was pronounced dead upon arrival at Mutare Provincial Hospital.local
Share !