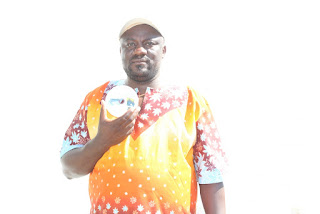 Masvingo - A Reformed Church University (RCU) driver, Pardon Muzondo, who in February this year escaped death by a whisker after a Toyota Hilux he was driving veered off the road and rammed into a tree has released a gospel album dedicated to his miraculous survival.
Muzondo was running some errands for RCU on graduation day when he had the fatal accident which almost claimed his life but was lucky enough to live and tell the story.
He said his survival from the accident was a true work of miracle and he feels indebted to the Lord hence the reason why he released an album as a testimony that God does exist and can work miracles.
"I was trying to avoid a head on collision with a pirating Toyota FunCargo. I still cannot believe that God protected me from that accident so I decided to praise him through music", narrated Muzondo.
Muzondo who never dreamt of becoming a musician released an eight track album called Mwari Muchengeti.
"I got help from Nemanwa guitarist, Austine Magara, Eddy Ngomanyuni, Camera Mugodhi and my elder brother Tawanda Muzondo who is also my manager", said Muzondo.
The album was recorded and produced by Ravern Records at Charles Austin Theatre in Masvingo.entertainment
Share !