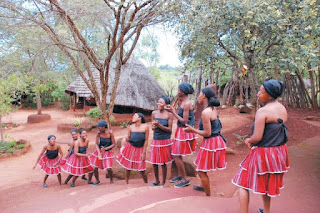 CHIREDZI - Shangani girls have called upon the government to intervene and help abolish the komba culture which they say is chiefly to blame for the rise in child marriages as very young girls are initiated into womanhood.
The concerns were raised at a workshop organised by Girl Child Empowerment Trust (GCET) last week which was running under the theme 'I am a girl not a bride'.
The workshop was attended by 32 girls between the ages of 15 and 16 years from five schools that are affiliated to GCET.
It was also attended by various panelists across the province including Child Line, Ministry of Women Affairs, Legal Resource Foundation and many other interested groups.
"Child marriages are being encouraged by the initiation culture called komba. Very young girls are being initiated into womanhood thereby and are willing to test the experience of marriage.
"Chiefs and other government bodies should set aside a policy governing the age of girls that are being initiated into womanhood as the situation is getting worse. Young girls are being initiated into womanhood thereby facilitating child marriages," said one girl.
Assistant District Administrator (DA) Memory Dhliwayo, who was the guest speaker, agreed with the concerns that were raised against the cultural practice which she said was driving children to early marriage arrangements.
She said although different cultural practices ought to be preserved, it has to be ensured that young girls are not victims of harmful customs.
"Some aspects of traditional culture, especially komba for the Shangani, is facilitating early child marriages. Girls are being initiated into womanhood while they are very young and they later on prematurely try to experience what they were taught," said Dhliwayo.
Komba is an initiation practice for Shangani girls and is performed on those girls who would have reached their menarche.
Sources say the initiation, among other things, involves the teaching of sexual moves and positions so that the girls will be able to satisfy their husbands in bed when they get married.top news
Share !