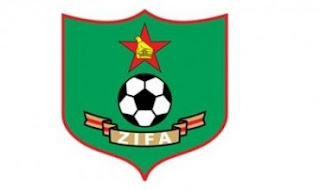 MUTARE - With 14 games left to play in the division, three teams are hoping to be champions and be promoted into the top flight league with former league side Buffaloes FC trying to fend off stiff challenge from two rivals.
Things got heated up at the weekend when the two leading sides collected maximum points in their respective matches.
Mutare City Rovers scored twice to beat Melfort 2-1 and maintain their first position on the table. In another match, Tenax donated three points to Gutu FC by losing 2-1 and is now on third position.
Buffaloes were 2-0 winners over Prime Rangers. The army side is now on second position of the log table with the same number of points as Mutare City Rovers. Mutare City Rovers are on top of the log with 33 points. Tenax are third with 31 points.
Buffaloes FC are there to prove that had it not been for Tenax, they would have been playing top flight league. Buffaloes last season lost in the decisive match against Tenax and accused Tenax for being bribed by Magaya's Yadah FC which eventually gained promotion.
Meanwhile, Mutare City Rovers should prove that their relegation was an error and are aiming for a quick return to the top flight.
Tenax 'Chauya chikara' are also there to prove that they are now on the pick and are ready for promotion.
The region will soon officially unveil a sponsorship package that will see branded uniforms being provided, an end of the year award ceremony and a reduction of affiliation fees.
Region chairperson Davison Muchena told TellZim News that they will reveal the sponsor soon.
"We are happy that we now have a sponsor. Everything is taking shape in our league which has been running without any sponsor. We will reveal the sponsor as well as the package during the official unveiling ceremony and we will announce the date soon," he said.sport
Share !