Home » Local » All citizens have a right to petition parliament, says SAPST

All citizens have a right to petition parliament, says SAPST 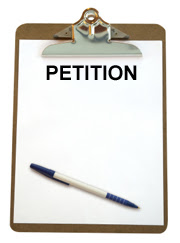 MASVINGO – The Institute of Community Development in Zimbabwe (ICODZim) and the Southern Africa Parliamentary Support Trust (SAPST) last week held a training workshop in Masvingo to improve public knowledge on the role of parliament and parliamentary engagement.
The training was part of a country-wide programme touching on such critical issues as petition writing and other topical areas around the Biometric Voter Registration System (BVR).
Among other things, discussions evolved around such areas as how to write petitions but there were also discussions on the roles of Members of Parliament (MPs).
SAPST programmes manager Henry Ndlovu told participants that it was the constitutional right of all citizens to petition parliament and raise motions on issues affecting their constituencies.
"Every citizen has a right to petition parliament to consider any matter within its authority including the enactment or repeal of legislation. You don't need anybody's authority to submit a petition to parliament.
SAPST chairperson, Vivian Mashavave addressed the roles of MPs, saying there was a general misconception about that matter.
"Members of Parliament represent interests of the electorate in Parliament. They raise motions on issues affecting their constituencies during question and answer sessions and report back to their constituencies," said Mashavave.
On BVR, it was heard that the new system, if properly implemented, would prevent duplicate registrations.
"BVR systems have gained favour because of a number of merits. They prevent duplicate registrations and are easy to use when registering and identifying voters. They are also easily used to search and analyse data," said Mashavave.local
Share !