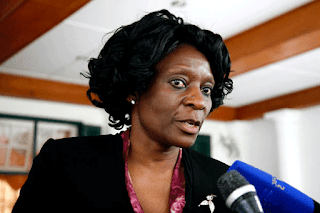 MASVINGO – The complexity of the Biometric Voter Registration (BVR) system is already being felt after residents from Masvingo Urban's Ward 7 failed to register as voters amid reports that the whole ward was missing in the system when the registration process commenced on Monday this week.
Masvingo's Ward 7 which covers Rujeko A, B and C has more than 10 000 potential voters and they might all be affected if the challenge is not immediately addressed.
A ZEC official at Masvingo District Administrator's (DA) office confirmed the challenge but insisted that residents from Ward 7 must keep checking.
Incumbent councilor for Ward 7 Richard Musekiwa said he received several reports from residents though he was yet to enquire with ZEC officials.
"I heard about it; I'm not sure whether the omission of Ward 7 by ZEC is a genuine error or it was deliberate since they know that the area is MDC-T's stronghold. I am yet to visit the ZEC officials but I communicated with my party leadership and they are looking into the matter," said Musekiwa.
One resident from Rujeko who was turned away confirmed the matter to TellZim News.
"We were told that our ward is not in the system and we had to wait but it took too long so we left without registering. We fear we may not have a chance to register because ZEC continues to say the ward is not in the system," said one resident.
Another resident said people from the ward were told to go back home and come back when the problem had been rectified but no date was given as to when the error will be sorted.
Election experts said the case of Ward 7 in Masvingo urban might just be a tip of an iceberg.
"BVR is the best way to go but the system also comes with its own problems. There might be many cases similar to that of Ward 7 and that means, if not rectified in time, many people might fail to register as voters. We urge ZEC to attend to these issues raised as a matter of urgency," said one election expert.
Efforts to get comment from ZEC chairperson Rita Makarau was fruitless as her mobile phone was not reachable by the time of going to press.top news
Share !