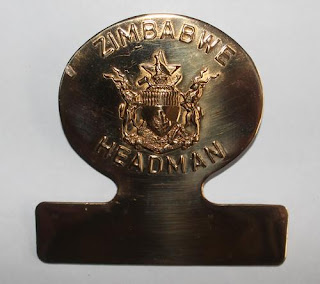 CHIREDZI – The hostilities between the Zion Christian Church and traditional leaders in Malipati are yet to be fully resolved after a meeting organised by the two sides last week failed to agree on the contentious issue of playing drums during circumcision months, TellZim news can reveal.
The meeting was held at Davata Community Hall with traditional leaders; Headmen Ngwenyeni and Headman Samu reportedly apologising to the church for the violence that was perpetrated against worshippers last month.
On its part, the church also made commitments to respect traditional values but sticking points remained on the issue of drums.
Chairperson of the Sengwe Pastors Fraternity, Reverend Steven Chauke said everybody was happy that some common ground had been found.
"We finally met with our traditional leaders and Chief Sengwe agreed that we can go on with our services but with respect to the cultural values of the land. We also agreed that the perpetrators of violence must be brought to book," said Rev Chauke.
He added that another dialogue meeting will be set to deliberate on the playing of drums by churches when there are initiation ceremonies
"We later had a wonderful church service; drumming, praising and worshipping the Lord without any interference. We praise God for that," said Rev Chauke
A few weeks ago, a Zion Christian Church Sunday service was abandoned prematurely after a mob of youths from Chengule circumcision school in Malipati under Headman Ngwenyeni left their camp 20 kilometers away to assault congregants with sjamboks.
They accused the worshippers of violating traditional practices through their 'noisy' singing and drumming; actions that are forbidden during the circumcision season.
When contacted for comment Headman Ngwenyeni also said they had made progress in calming the tensions but insisted that church drums must not be played during the circumcision months.
"Yes it's true that we had a meeting with church leaders and agreed on some issues but we still say they should not play drums during the two months of the circumcision season. We also apologised to those who were beaten some weeks ago by boys from Chengule," said Headman Ngwenyeni.
Share !