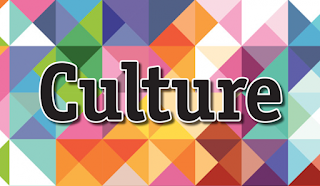 CHIREDZI - Relations between church elders and traditional leaders in Sengwe communal lands have taken a turn for the worse after the recent assault of Zion Christian Church (ZCC) members by boys from Chengule circumcision school in Malipati.
On August 16, a Zion Christian Church (ZCC) Sunday service was abandoned prematurely after a mob of youths from Headman Ngwenyeni left their camp to assault congregants with sjamboks accusing them of violating traditional practices through their singing during the circumcision season.
The youths claimed that the playing of music and the beating of drums was forbidden when boys go into camp for circumcision rites.
Chairperson of the Chiredzi District Civil Protection Committee and Acting Chiredzi District Administrator (DA) Ndeya Nyede said the continued increase in cases of villagers being assaulted by the youths in camp was worrisome as the constitution clearly states that no person in the practice of their rights should infringe on the others' rights.
"The constitution is supreme. People are free to practice their own rights as long as they do not affect others in the process. No one is above the law and people should be able to practice their own religion as well as their culture, not this situation where religion and culture are clashing Anyone who breaks the law of the country in the name of culture should be brought to book," said Nyede.
Chairman of the Sengwe Pastors Fraternity, Reverend Steven Chauke said cases of assault are rising every day and accused traditional leaders of sanctioning the violence and protecting culprits.
"No arrests have been made yet because some known traditional leaders is interfering. We are having a dialogue meeting on 1 September with the Sengwe traditional leadership to map the way forward," said Chauke.
Acting spokesperson for Masvingo province Assistant Inspector Kudakwashe Dhewa confirmed the case and said it was still under investigation.
"The report was received and we are investigating the case. People were beaten indiscriminately after one member danced at the church, a situation which seems to have provoked this other group from Chengule Circumcision School," said Assistant Inspector Dhewa.
Chief Sengwe could not be reached for comment as his mobile phone was not reachable.local
Share !