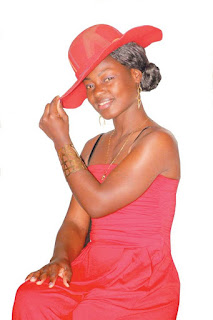 ZVISHAVANE – The town has produced a new artist in the name of Christala Saruwaka who recently released her first single RnB track titled Zvichanaka.
Saruwaka told TellZim News that she was optimistic of her future on the increasingly competitive national music scene.
"I am glad I have finally released my first work of art after a long time of hard work which enabled me to come up with a product that I am confident will herald great things to come," said Saruwaka.
She said she expected the song, which was produced by Oskid, to first rock the airwaves on such local stations like YA FM in Zvishavane and Hevoi FM in Masvingo before it can go national.
"I am also working on another project with Verenga Studio right here in Zvishavane but the second single will be Afro Pop.
"I started singing in church at the tender age of seven and I later carried the passion to school where I would perform at variety shows. I have a passion for music and I want to take it as my career because that's the only thing I can do with all my heart or to the best of my ability," said Saruwaka.
She also revealed that that she was inspired by superstar Oliver Mtukudzi as well as by gospel sensation Shingisai Suluma.entertainment