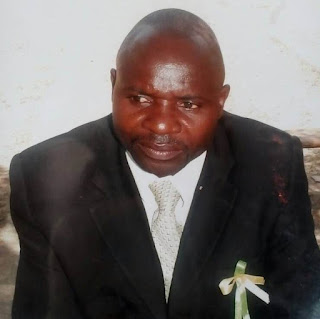 MPANDAWANA - Todias Tizai, a remedial tutor who was based in Gutu district, passed on last Saturday, September 16, after a short illness.
The 49-year-old Tizai died after arriving at his home at Chivi while coming from Gutu where he worked. He complained of chest pains and he was rushed to Chivi General Hospital where he was pronounced dead on arrival.
He was buried on Tuesday in Tizai village, Muvhundusi area in Chivi.
Taizivei Tizai, a young brother to the deceased, expressed shock over the death of his brother saying he died a few hours after they had talked over the phone.
"I am still in shock, Mukoma Toddie had just called me when he died. I could not believe it moments later when I was told that he had passed on. It is something that we don't even understand," said Taizivei.
Tizai was a holder of a Master's Degree in Special Education and worked in different places like Simudzirai, Zunga, Shindi and Dombo primary schools before he was promoted to partake the role of district remedial tutor for Gutu.
He is survived by his wife Tsitsi and two children Truth and Ruth.local
Share !