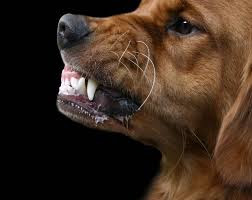 GWERU - A Gweru man was last week dragged to court for failure to take good care and securing his dog after it viciously attacked his tenant.
Robert Munemo of Lundi Park was fined $200 by Gweru magistrate Judith Taruvinga after he pleaded guilty to the charges.
Standing on behalf of the State, Chipo Ncube told the court that Munemo's maid visited Precious Kadema, his tenant at her cottage and the dog then followed her.
When Kadema opened the door for the maid, the dog immediately pounced on her and she was bitten on the arm.
The complainant revealed that there was no tight security at the house, making it easy for the dog to attack people. She also revealed that the previous day, the dog had bitten her younger sister on the leg and she was stitched several times.
Magistrate Taruvinga referred the matter to civil court after Kadema requested for $2400 as compensation for medical bills.local
Share !