Home » Local » GZU moves in to supply Masvingo with eggs

GZU moves in to supply Masvingo with eggs 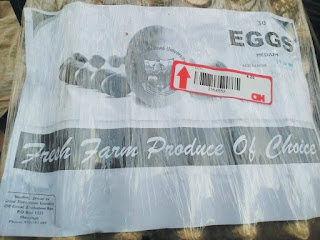 MASVINGO – As supply of poultry and poultry products become increasingly erratic due to the avian flu outbreak, Great Zimbabwe University has moved to fill in the gap in the market by making use of its farm to produce eggs to feed the local market.
Major poultry and poultry products suppliers like Irvine's recently culled thousands of their birds after the outbreak of the disease which also affected farmers in South Africa.
Last week, TellZim News noticed that big retail outlets like OK supermarket and Pick n Pay had run out of eggs and customers were frustrated until OK supermarket took delivery of GZU eggs late afternoon on Saturday.
Some sources in the industry said Irvine's was struggling to satisfy the national market which is facing severe shortages now that the government has banned poultry and poultry products imports as part of measures to contain the pandemic.
"It is good that GZU is doing something tangible and has moved in to meet the real needs of the community. I think that should be the whole idea of universities – coming up with real solutions for real problems," said a source.
TellZim News also noticed that major broiler chick suppliers PROfeeds, Menomaviri, N. Richards and Masvingo Chicks were failing to meet demand as evidenced by long queues at their shops.
"The chick providers have since reduced to 25 the number of chicks that can be sold to one individual at a time as a way of preventing the hording of products by few individuals," said the source, adding that chick prices have already gone up.local
Share !