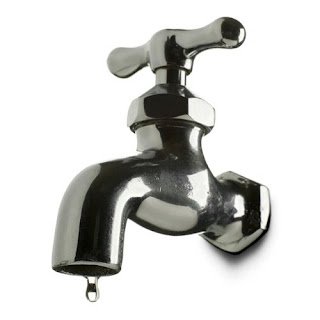 MASVINGO – The recent panic over perceived looming inflation and the subsequent panic-buying of products in some places has already started to taken a toll on local authorities' ability to purchase water purification chemicals and ensure a seamless supply of the precious liquid.
The city councils of Gweru, Masvingo and Mutare have for long not been able to meet the adequate daily water requirements of their residents.
In a full Masvingo city council meeting held on Monday, it was heard that suppliers of water chemicals had communicated an increase in treatment chemicals.
It was also heard that the suppliers had reduced the validity of invoices to 24 hours thereby putting more pressure on city fathers who often do not have the capacity to settle bills within such a short period of time.
Council treasurer Thandiwe Dube told the meeting that it was no longer business as usual.
"It is now difficult to give assurance on how business will continue because our water treatment equipment suppliers have communicated that they now need cash upfront for all deliveries. They have also highlighted that prices have doubled.
"They have explained that if they stick to original prices, they won't be able to restock. All quotes are also now valid for one day, a challenge which needs council to quickly make resolutions so as to maintain a consistent supply of chemicals," said Dube.
Worried councillors also questioned whether the panic would not affect the planned purchase of new service delivery vehicles, to which Dube replied that no communication has been received on that issue.
"The state procurement board approved Willowvale Motors as supplier of the vehicle and they haven't made any indications on that but I don't think it will get to that. I think we should wait and cross the bridge when we get there," she replied.
City of Gweru Town Clerk Elizabeth Gwatipedza told this publication that the panic was real but said she could not provide finer details as she and the council director of finance were out of office.
"We have heard of the current panic but I am attending a workshop out of town. We have not yet managed to get in touch with our suppliers to get their position.
"As a city, we are currently on a move to restore optimum service delivery so we will not let this panic disturb us. We will implement swift measures in response to the situation so that we continue on a good drive to restore Gweru's pride," Gwatipedza said.
City of Mutare mayor Tatenda Nhamarare could neither confirm nor deny that there were new challenges, saying he will give a detailed comment later.
"I have heard about the fears but for me to comment on how it might affect service delivery in Mutare, I need to be in office. So you should call me when I am back in town so that I give you confirmed details on challenges we could be facing," Mhamarare said.
No further comment, however, could be obtained from him by the time of going to print.
Upon return to Zimbabwe on Monday from the UN Summit he had attended in America, President Robert Mugabe said the inflation panic was deliberately caused by malicious individuals who wanted to incite people to rise against his government.local
Share !