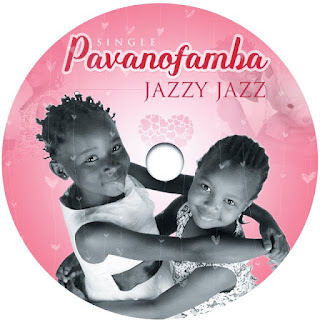 Wellington Davira, affectionately known in the music circles as Jazzy jazz has dropped a single fighting child abuse.
Released on August 31, 2017, the single Pavanofamba has come as a cry against child abuse especially by men who are known to be the main culprits in that regard.
The song features songbird Edith Weutonga in backing vocals, Tafadzwa Mapaso on saxophone, Muchi on the guitar and was produced by DJ Khule.
With his passion for music, the jazz artist who is also a lawyer by profession, has been consistent in the music industry since way back when he used to sing in church.
He released an album in 2014, a single called Kahunhu in 2016 and now back with his latest single which he hopes will help to cement his place on the music scene.
Speaking to TellZim News, Jazzy jazz made it clear that his latest offering was his most favourite at the moment, saying he invested 'so much effort' in the new song before its release on the market.
"This Pavanofamba single is my number one song at the moment because it's always on my mind. I am forever singing it. It is a song that speaks volumes about our cultural decadence, a culture that has been eroded by greed and immorality.
"All these vices have led to older men abusing young girls physically, emotionally, psychologically and sexually. So in brief, the song is the voice of a concerned father who is strongly advocating against all forms of abuse perpetrated by men on young girls," said Jazzy jazz.entertainment
Share !