Maintain your integrity ahead of elections, Zim media warned 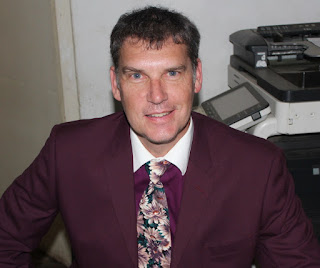 MASVINGO - The United States Embassy deputy public affairs officer John Taylor has called upon the media in Zimbabwe to maintain their honesty and integrity in the run up to the 2018 elections, saying once those two values are lost, they cannot be recovered.
In an interview with TellZim News last week, Taylor cautioned the media against making any frenzied predictions of the election outcome as that could affect their standing in the eyes of the public.
"The role of the media in a democracy is to report truthfully and with integrity so that the people do not lose faith in them. At the moment, it is not difficult to pick up elements of polarization and partisan loyalty in the country's newspapers but the hope is that it will change," said Taylor.
Even the American media, he said, do not provide a perfect model especially in light of the fact that most of them emphatically predicted an easy win for Hillary Clinton in 2016 but only for the results to come out different, much to the shock and embarrassment of the political punters in the media.
"That is a lesson that the media in Zimbabwe can learn. We do not have a perfect media in the United States but we feel we can do a lot in that regard if we uphold the highest professional values," Taylor said.
He said although he was not an expert in local political matters as well as issues to do with the media, he was pleased with the relatively free media environment existing in the country ahead of 2018.
"I haven't been in the country for a long time but all my interactions haven't been met with any hostility or intimidation. The United States does not support or endorse any candidate in the election but there are values that we support to advance freedom of expression and democracy," he said.
He however decried the high levels of unnecessary bureaucracy in the government of Zimbabwe, saying many people could be lifted out of poverty if authorities improve the ease of doing business.
"Zimbabwe is a country of immense potential but people are wondering if all those measures that exist are necessary," said Taylor.business
Share !