Masvingo fires back on Mugabe 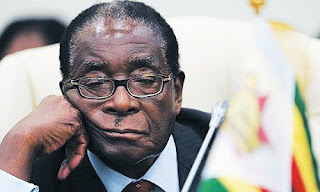 Masvingo - The battle between President Robert Mugabe and Zanu PF supporters in Masvingo province, mainly Team Lacoste faction which supports Vice President Emmerson Mnangagwa to take over from the nonagenarian, is far from over as the province remained defiant and recently demoted members linked to Generation 40 (G40) faction, which supports the veteran leader, to inferior provincial executive positions over the weekend.
Barely a month after  Mugabe called Masvingo and Midlands to order and pleaded for peace and unity in the party, the Lacoste-dominated Masvingo province has defied him once again by demoting (reassigning to less influential positions) members of a rival faction during a Provincial Executive Committee (PEC) meeting held at Victoria Primary School recently.
Zanu PF national political commissar Saviour Kasukuwere, who is said to be one of the G40 leaders, rubbished the reshuffle saying that is not the party's official position. Kasukuwere said members will continue to occupy their provincial executive positions and ignore the reshuffle.
"Whatever they did is not official. For something to become official it has to follow proper party channels.  I have not received anything official to that effect and that means everything is hoax. Members should continue occupying the positions and ignore the reshuffle claims," said Kasukuwere.
The PEC meeting, which was chaired by party provincial chairperson Ezra Chadzamira, saw Amasa Nhenjana, a suspected G40 loyalist who was vice chairperson, being demoted to secretary for security while Ailes Baloyi was elevated in his stead. Baloyi is believed to be a Lacoste loyalist.
Vocal youth provincial commissar and Team Lacoste sympathiser, Brian Munyoro was promoted to provincial secretary for administration while Mutero Masanganise and Gutu North legislator Ticharwa Madondo were removed from their influential positions.
Nhenjana said he was shocked by the way Team Lacoste was running the show and reassigning members "for no apparent reason."
"If anyone ever doubted that there is a faction in Masvingo think again. Lacoste has shown that they are working against the party's principles. Vanhu vakauya mumusangano late vanonetsa because havazivi kuti musangano unofamba sei (these people who joined the party recently are problematic). They will get a rude awakening very soon.
"Munhu anofanira kutadza basa kuti anzi abviswe not zvatiri kuitirwa nana Chadzamira izvi (One should be dismissed on the basis of incompetence and not what Chadzamira and company are doing. I asked him why they reassigned me and he could not give an answer," fumed Nhenjana.
He said when he confronted Chadzamira to seek clarification over the demotion, he was told that he was never recognised as vice chairperson.
"He said I was never vice chair. If that was the case how come I was appointed acting provincial chair before we had an election for the chair? These people are up to no good and they will soon come to a harsh reality that Zanu PF is not some personal tuckshop which they can manage as they please.
Efforts to get comment from Chadzamira were fruitless by the time of going to press as his mobile phone went unanswered.
Munyoro, however, justified the reshuffled and said everything was done according to the Zanu PF party constitution.
"Our executive does not subscribe to any faction but instead we subscribe to the rules and regulations of the party as enshrined in our Zanu PF party constitution. It is unfortunate that some of our colleagues don't read the party's constitution," said Munyoro
Masvingo Urban Member of Parliament and politburo member Daniel Shumba, who is suspected to have G40 sympathies, said there was nothing constitutional about the reshuffle.
"Izvo zvavakaita is not constitutional. It is just a circus. It will be dealt with in due course. It is unprecedented and very divisive. Instead of uniting people they are pushing factional agendas.
"They should not hide behind the party constitution when in actual fact they have no clear understanding of the guiding principles," said Shumba.politics, top news