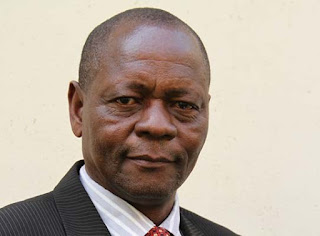 MASINGO – As part of its wider work to mitigate acute water shortages which have been troubling the people of Summerton area, the Masvingo Rural District Council (RDC) has completed a piped water project which is now benefitting over 2 700 villagers who have hitherto been surviving on untreated river water.
The project was implemented with support from the United Nations International Children Emergency Fund (Unicef).
The minister of Rural Development, Promotion and Preservation of National Culture and Heritage Abednico Ncube last week commissioned the project which was welcomed by villagers who revealed that they had been making it with as little as one bucket of water per day.
The villagers would walk five kilometers to Mucheke River where they would dig up mifuku to access water, a situation which posed serious threat to their health and wellbeing.
"I am proud to commission this project because this is what the government has been working so hard to achieve. We want people to have access to clean water and Masvingo RDC has done me proud.
"When we talk of rural development, this is what we mean. I am convinced that this partnership between Masvingo RDC and Unicef will transform the livelihoods of the community," said Ncube.
He said the piped water scheme was proof of the commitment that Masvingo RDC had to the development of local communities especially with regards to the eradication of waterborne diseases.
He also called on all the rural local authorities to embrace the ease of doing business concept with the seriousness it deserves.
The commissioning of the water project was attended by many people among them Masvingo RDC chairperson Peter Marambire, Chief Executive Officer (CEO) Martin Mubviro and Masvingo Provincial Administrator (PA) Fungai Mbetsa.local