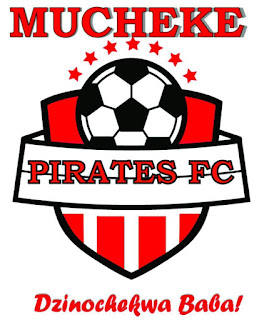 Mucheke Pirates Football Club on Sunday collected maximum points after a spirited fight back from a 2-0 lead by rivals Gutu FC to win the match 3-2 at Paradise Stadium in Mpawandawana, in an Eastern Region Division One league match.
'Dzinochekwa Baba', as the team is affectionately known, exhibited high levels of fighting spirits despite some frustrating decisions by the match official at the centre.
The referee granted the home side what was widely described as an unfair penalty within the first ten minutes.
The penalty was converted impressively by Gutu FC skipper, Kudzanai Kwashi and the home team took the lead.
Dzinochekwa Baba fought back hard with forwards, Caleb Masocha and Beaven Chikaka tormenting the home team's defence, pilling insurmountable pressure that caused two penalties for Mucheke Pirates to be disallowed after their strikers were brought down in the box.
The incidents did not go down well with Dzinochekwa Baba's legion of fans who had followed their team all the way from the provincial capital.
Gutu F C increased their lead to 2-0 but Mucheke Pirates continued to fight and drew 1 back from the spot five minutes from half time.
After the breather, Dzinochekwa Baba came back supercharged and did not take time to find the equaliser following some fine exchanges from the midfield to set up veteran Masocha who placed the ball into the back of the net.
Chikaka scored his second goal of the afternoon after exchanging passes with midfield dynamo, Tawanda Pitiri who was introduced in the second half.
The goal ignited some wild celebration from Pirates' multitudes of fans.
Dzinochekwa Baba coach Johannes Nhumwa hailed his players for the fighting spirit.
"The guys did well and showed a great deal of mental strength after they defied the referee's attempt to frustrate them through making biased decisions, hence we won the game. We are now looking forward to our next assignment," Nhumwa said.
Mucheke Pirates on Sunday take aim at Mwenezana FC in their back yard at Mucheke stadium.sport
Share !