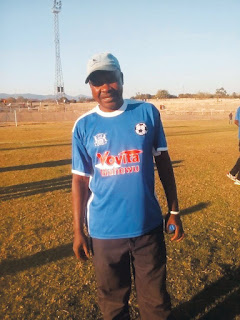 MUTARE – The seemingly unstoppable Mutare City Rovers stretched their unbeaten run to five games last week after humbling Mtoko FC by a 5-2 at Sakubva Stadium.
The Gusha Boys, as they are affectionately known, boosted their confidence during the match through early goals from Stephen Sibanda and Evans Chikwaikwai.
Chikwaikwai then scored the second and fourth goals while Mutoko FC had its first goal from Kudzai Savanhu during the first half. Reason Tizora then capitalised from a rebound and scored the second goal for the visitors.
Speaking after the game, Mutoko FC gaffer Abraham Makwarimba said his side had made costly blunders.
"We made some mistakes that our opponents utilised but I am not happy with the second goal. That was a clear offside and as a result it affected my boys," said Makwarimba.
Mutare City coach Kennedy Kachara was happy with the win but urged his side not to be carried away with the win as there was still a job to be done.
"This was a good game for us. We deserved to win but we don't have to be carried away. Next week, we will be away in Gutu so we need our maximum concentration on the game," said Kachara.
By the time of writing, 11 games remained, with log leaders Mutare City leading by 45 points, while second placed Tenax had 41 points. Buffaloes were trailing behind with 39 points and Mucheke Pirates were on fourth position with 37 points.sport
Share !