Home » Agriculture » Never again will we donate to politicians: ZISMIWU

Never again will we donate to politicians: ZISMIWU 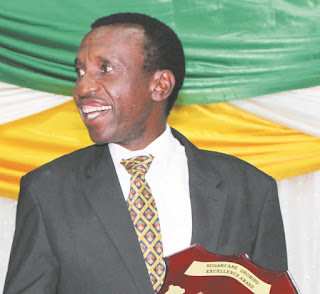 CHIREDZI – The Zimbabwe Sugar Milling Industry Workers Union (ZISMIWU) says it will never again work to advance the interest of political parties but will rather dedicate all its energies to the improvement of the welfare of its members, TellZim News can reveal.
In an interview, ZISMIWU spokesperson and secretary general Rtd Captain Faster Gono said the union had learnt the folly of making huge donations to political parties while the living conditions of the workers it is supposed to represent remain bad.
"Approximately $3.7 million was taken from the organisation and donated to political activities by the previous executive. Government ministers and security personnel also benefitted from the largesse but we are saying that will never happen again," said Gono.
ZISMIWU is allied to the pro-Zanu PF Zimbabwe Federation of Trade Unions (ZFTU) and was previously led by Addmore Hwarare who was forced to resign in 2015 after factional upheavals in the party led to the fall of the Joice Mujuru faction with which Hwarare was said to be aligned.
"Workers should not be enticed to certain political parties. They should have the freedom to select the leaders whom they deem necessary without being intimidated by anyone," said Gono.
He also said the union only wanted the best for sugarcane workers and was awaiting the outcome of the Justice George Smith-led arbitration on its dispute with employer Tongaat Hullet over wages as well as living and working conditions.
"We do not have the influence to quicken the process of arbitration but we will all accept the outcome of the arbitration, the employer too. Our employer seems reluctant to improve the welfare of workers, especially the lowly paid but likes to make donations elsewhere," he said.agriculture
Share !