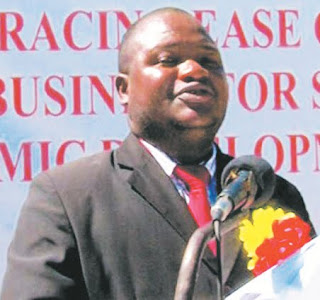 ZAKA – Ndeya Nyede, who has been the acting District Administrator (DA) for Chiredzi has been transferred to Zaka where he will occupy the same position on an acting basis, TellZim News can reveal.
Nyede is taking over from Victor Zinanga who has been the acting Zaka DA since the transfer of substantive DA Tapson Chivanga to Chivhu last year.
Nyede became the acting DA for Chiredzi after substantive DA Clara Muzenda was elevated to acting Provincial Administrator (PA) for Masvingo before being transferred to Chimanimani district in Manicaland province.
Nyede confirmed the development to TellZim News but was not ready to reveal more details of the move to Zaka.
"Yes I can confirm that I have been transferred to Zaka district and will be taking on my duties there very soon," said Nyede.
The development is likely to mend the relationship between the Zaka DA's office and the Rural District Council (RDC) since both Chivanga and Zinanga were not in good books with the local authority Chief Executive Officer (CEO) David Majaura.
The DA's office would often accuse Majaura of insubordination while the CEO accused the DA's office of trying to interfere with the operations of the local authority.local
Share !