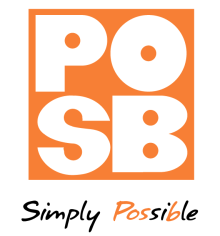 MWENEZI - The People's Own Savings Bank (POSB) has given Neshuro District Hospital a shot in the arm after it drilled a borehole and installed a water pump which will be able to supply water at the medical institution.
The hospital has been facing acute water shortages over the years and it was putting hospital operations at a great risk. At one time earlier this year, the Paediatric Section of the hospital was closed and children were temporarily admitted into the female patients ward.
The handover ceremony, which was held at the hospital last Friday, was graced by traditional leaders, POSB staff, Assistant District Administrator (DA) Martin Musakanda and Deputy Provincial Medical Director (PMD) Dr Tapera Sarahuoye who stood on behalf of PMD Dr Amadeus Shamu.
In an interview with TellZim News, Dr Shamu expressed gratitude to POSB for the social responsibility initiative which he said will do a lot for the medical facility.
"Neshuro District was experiencing water shortages. The water tanks were already available at the hospital, so POSB helped in the drilling of the borehole and the putting up of an engine pump. We thank the bank for stretching its helping hand," said Dr Shamu.
The water crisis was so severe that hospital authorities were forced to cut-back on new admissions leading to alleged cases of premature discharge of patients who were considered to be in non-critical conditions.local,business
Share !