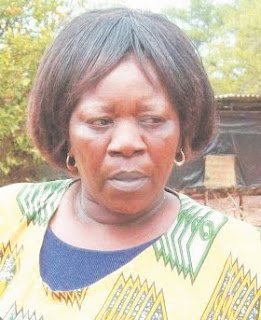 GWERU – It was not the best opening week for Senga Primary School after pupils chose not to attend class last Thursday in protest against a lady teacher whom they accused of abusing them.
Speaking to TellZim News, a staff member at the school confirmed the development and said parents were now outraged that things could go that bad without authorities noticing and taking action.
"It was drama. The children allege that the female teacher hits them with a broom stick and at one incident, a child bled heavily from the said abuse. The teacher is in an uncomfortable situation because some parents came looking for her," the source said.
Midlands Provincial Education Officer (PED) Agnes Gudo could neither confirm nor deny the report, insisting that TellZim News must send their questions through mail.
"What we do in Gweru is you put your questions in writing, send us and we will give reply instantly," Gudo said but the email was not instantly replied as promised.
The teacher at the centre of the controversy was identified only as Makandiwa but she did not answer phone calls, and was overhead instructing a child who answered her phone to '…tell them she is not around.'
In March this year, High Court Judge David Mangota outlawed corporal punishment, saying it violated children's rights.local
Share !