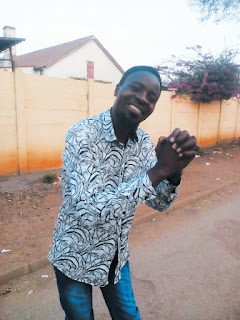 GWERU – After leaving his roots in Manicaland for what he has since termed 'the promised land' of Midlands, Taruvinga Manjokota popularly known as Sugar-Sugar in the music circles, has opened up on why he chose to revive his music away from home.
In an interview with TellZim News, Manjokota who is also set to break his four years of silence with a new album, said small scale gold miners influenced him to move to Gweru through their massive support for his music.
"I think you are aware my music got to spread across all corners of the country through the support I got from small scale miners who were operating from Chiadzwa diamond fields. These people soon moved on and my research on the whereabouts of these fans led me here," said Sugar-Sugar.
"I moved here about two years ago and the support has not ceased. They have been supporting me a lot and I think the missing magic is on me coming up with something new for my traditional fans and many others who support me," he said.
Sugar-Sugar said his much anticipated new album was ready for release though financial challenges had delayed its launch.
"My new album is titled 'Kutsemurirana'. It is ready to go onto the streets but financial constraints have derailed the launch which I think would otherwise have been done by now.
"The album has seven tracks namely Kutsemurirana, Ndezvevarimuno, Aphiri Kede, Taru, Munondichengeta, Vehuori, Kanindo," he said
Sugar-Sugar came to fame with such hit tracks as Mairosi and Kutaura-taura.local
Share !