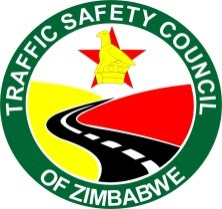 HARARE – The Traffic Safety Council of Zimbabwe (TSCZ) last week organised a road safety workshop for journalists from diverse media houses as part of efforts to promote safer driving habits.
The workshop was held at Rainbow Towers where it was agreed that media are critical stakeholders in raising awareness on road carnage as well as in advocacy work against the problem.
In his speech, TSCZ information and communication manager Tatenda Chinoda said it was sad that people were quick to blame everything and everyone else except human error when an accident occurs.
"When a road traffic crash occurs or is reported in the news, people tend to point fingers at the police, the roads, Zinara, municipal traffic police, tyres, stray animals, evils spirits – black spot mentality, the other driver, pedestrians or anything else in between. It is time for drivers to take full responsibility for their actions on the road if we are to stop the road carnage," said Chinoda
He also said some of the main causes of road carnages included drinking and driving, speeding, tyre bursts, and errors made on overtaking.
"What is missing in the majority of our road users is road safety culture which ensures that we are always conscious about risks inherent in using the road," he said.
Chinoda also challenged the media to report factually and objectively about road crashes so that the public can have a better understanding of how to better make use to the country's roads.
According to the ZRP Traffic National Branch statistics, 96 percent of the 2016 festive season road traffic crashes were attributed to human error while the remaining four percent was caused by vehicle defects.
It is also said in the 692 fatal crashes that were recorded in between January and July this year, 930 people were killed while 4222 were injured.local
Share !