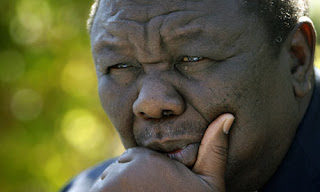 Morgan Tsvangirai
…Zec must be watched, churches must be roped in

GOKWE – The Movement for Democratic Change (MDC-T) leader Morgan Tsvangirai last week lamented how voter apathy in urban areas had affected the opposition performance in successive elections in the past.
Tsvangirai made the remarks while addressing his party's Midlands provincial leadership in Gokwe before he was airlifted to South Africa for medical attention after his health worsened.
The veteran opposition leaders said there was need for the party to engage newly emerging churches in rural communities so as to build formidable support.
"Everyone should register and be ready to cast their vote in 2018. Tell your kids that the future is in their hands. People in towns are now being affected by apathy. We need to break apathy in urban areas.
"Vanhu vacho vakungoshaya hanya vachiti nguri yatakavhota but really, lets fight for change if we really want it. Youths are the most affected age group as only five percent of youths voted in 2013. This is now a duty to you as the executive and youth league to make sure you encourage the youth to register and vote," Tsvangirai said.
"In rural communities, build networks with these new churches. Isn't it is the fastest growing business currently? We need them!" he said.
Tsvangirai said people should not have a negative attitude towards elections regardless of the outcomes of previous polls.
"Let's open our eyes during the election. Even if Mugabe wants to cheat, this time we will cheat their cheating antics. They should be really trapped in a corner so that we have a fair election. If we want to win an election, let's not have a negative attitude saying ah Mugabe anobira.
"If you have such a start, matodyiwa musati matanga. We must always be positive! Zec (Zimbabwe Electoral Commision) should also be tightly monitored and should never be left alone. We must make sure it complies with the law," he said.politics
Share !