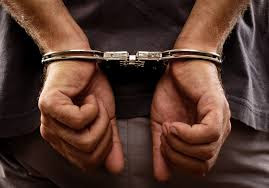 BIKITA – Two people were killed  in a road accident near Mandadzaka business centre on Monday after an unlicensed driver failed to control his car which veered off the road, overturned and landed on its back.
Masvingo acting police spokesperson Assistant Inspector Kudakwashe Dhewa confirmed the incident and warned people not to drive if they are not licenced.
"We warn parents not to let their children drive their cars if they do not have licences," said Ass Insp Dhewa.
Malvern Kuserenga, a pupil at Silveira High School, reportedly took his father's Daihatsu Terrios Kid and drove it towards Masvingo even though he did not have a licence.
His passengers, Tafadzwa Mudefi and another unidentified 14-year-old, who are both from Rashai village, were pronounced dead upon arrival at Silveira Mission Hospital.
Kuserenga escaped with serious injuries and was still in hospital by the time of going to print.local
Share !