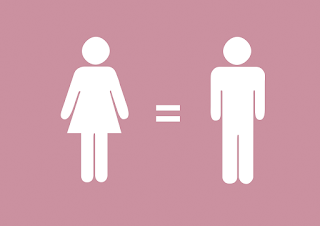 As young people we make decisions about our lives and relationships according to the behavior we feel is rewarded or acceptable to our societies or those around us.
Sometimes we are pushed into education and career pathways because that is what they say girls do or boys do. We make choices sometimes because of society's 'norms'.
This traditional system of gender encouragement, discouragement and fitting in are based on an old gender model.
As young people, we need a new gender model that accepts the way people identify and express their gender – a model which demonstrates equality, mutual respect, equity and which encourages both young boys and girls to pursue their education and career choices.
We need a new model that removes pressure on young people in following old gender stereotypes that stack the odds in favour of one gender and at the expense of the other.
Society tends to teach us that depending on our gender, our roles will either be cooking, gardening, being the bread winner or caring for children and we are often told to fit into gender roles which are tough but sometimes seem rational.
Let us step outside of those rigid gender roles so that we do not feel pressured to always stay within every boundary which society makes us believe are 'norms' of our gender. For many young people, there is huge pressure to adopt rigid and stereotypical gender roles and behaviors across every aspect of their lives.
For example, a young woman is told that she does not have what it takes to be a leader in politics or management because she is not strong enough and cares too much about people's feelings.
In the same vein, a young boy at school is encouraged to choose building, wood work, mechanics and electronics rather than the fashion designing class simply because he is male.
It is the clothes we wear, the haircuts we get or the hobbies we take up that are dictated by our culture's understanding of gender roles.
As reflected by the media, laws, schools and religion, we are constantly told that boys are more robust 'hanzi varume injanji' and are better at physical or dangerous work and are more rational.
This leads to expectations and acceptance of aggressive or violent behaviour from men and it also leads to society having more faith in men to work in certain professions and roles like mining, engineering and leadership.
It is in light of this that the pressure that society puts on young people to conform to gender roles is more than 'schoolyard teasing'.
The roles that society presents to us as norms of a particular gender simply puts us at a greater disadvantage than advantage in our social lives, careers and relationships.
Let us shake the earth by promoting and supporting gender equality and equity.local
Share !