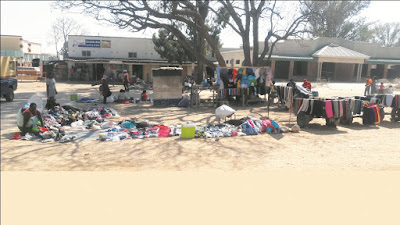 CHIVHU - After failed efforts by Chikomba Rural District Council (RDC) to clear vendors off undesignated vending places in Chivhu, a controversial system has been made by which vendors are required to pay US$5 per month in exchange for being allowed to do their business anywhere.
Members of the public have described the new arrangement as 'controversial' because upon paying the amount, vendors are given receipts that are written 'bus levy', a situation that has raised the spectre of corruption in a local authority best known for the vice.
When contacted for comment, Chikomba (RDC) Chief Executive Officer (CEO) Luckson Mutara acknowledged the irregularity but promised to correct it now that he was back at work from his sick leave.
"I have been away from office for some time but I have met with our treasurer here and truly, the fees were being collected under the busy levy fee but now that I am back in office, we agreed to normalise the irregularity as it may cause confusion," said Mutara.
The Chivhu Ratepayers and Residence Association (CHRRA) however said it suspected that the error was deliberate and was meant to aid fraudulent activities by council officials.
"How can vendor licence fees be receipted as bus levy? When the system is too corrupt to its core, it is difficult to believe that there is no dodgy intent in what is happening. The question is how they are going to account for that money?" said CHRRA chairperson Collen Zvarevashe.
He went on to propose that vendors be allowed to trade freely without being harassed and without being required to pay anything.
"If council has failed to provide a proper vending area, let vendors sell freely from wherever they want without being harassed and without being required to pay anything. We know that the money being collected now will neither be used to improve service delivery nor to advance the goal of getting official town status," said Zvarevashe.local
Share !