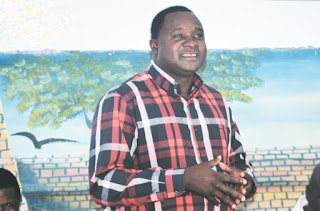 GWERU - The Zimbabwe Cross Boarder Association (ZCBA) chairman Dr Killer Zivhu says cross boarder traders in the Midlands province were leading the pack of the most unreliable debtors dealing with the organisation.
Addressing members of the association at Gweru Theatre last week, Dr Zivhu also said it was because of the benevolence of the ruling Zanu PF party and through the leadership of President Robert Mugabe that ZCBA was able to offer loans at only one percent interest.
"I am who I am because of my party and my father Robert Mugabe and this is his (Mugabe's) time to help you out of poverty just like Moses was used by God to take Israelites to the Promised Land.
"So whether you like it or not, it's only President Mugabe who is giving loans at one percent interest. Even your relatives do not do that. Some of you have become broke because of the burden of loans that accrue high interest rates," Dr Zivhu said.
He also warned ZCBA members and all beneficiaries of the loan facility against speaking ill of Zanu PF.
"I don't expect to hear members of this association or those wishing to benefit saying anything negative about my party. Actually all of you should be ready to chant Zanu PF slogans. We should not be afraid to support it because that's where all these funds are coming from," Dr Zivhu said.
He threatened legal action against the bad debtors whom he said were not being fair on other potential beneficiaries.
"I was expecting to meet a large number of people here since we sent word in time about this meeting, but still I am not surprised about it because most of the people have not paid back the loans that we gave them.
"Actually 95 percent of the people we gave loans here in Gweru have not paid back, no other province has had such a problem.
"Most of the people who have not paid the money back had no business ideas; they took the money and went to buy maize in Gokwe and sold it to GMB but they have not been paid. All this is what we want to avoid. When you get the money, you should order goods that you know you have a market for, not making orders based on hearsay.
"Government is still giving these people time to find the money and pay but the next stage will be to take them to court and attach their property," Dr Zivhu said.politics
Share !