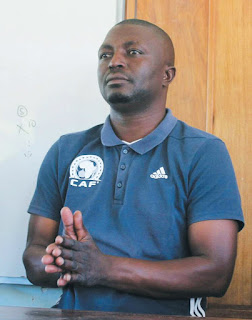 The Zimbabwe Football Association (Zifa) will hold a two-day football administration course for its Eastern Region at OcZim Lodge in Masvingo.
The course happen on September 9 - 10 with over 40 participants set to take part as part of the mother body's plan to equip all the club administrators across the country.
The course will be conducted by Premier Soccer League (PSL) CEO Kennedy Ndebele and Zifa technical director Wilson Mutekede.
Regional secretary general, Wisdom Simba said a total of 48 participants had confirmed their participation.
"So far, a total of 48 participants have confirmed their participation. It is important that all the club administrators are fully equipped with full knowledge and skills to run the clubs effectively.
"We had a minimum target of 50 participants but I think there is room for more. We are having enquires from other regions. It is for eastern region but we are not closing the door for other regions.
"This is the first training which will be involving the whole region after a successful one we did in Chipinge in May this year where a total of 26 participants attended," said Simba.
On his part, Mutekede, who is also one of the trainers, underscored the importance of the administrative courses.
"As Zifa, we are focusing on coaching and administration. This course is open to every club administrators and all those who are aspiring to lead and administer clubs. We have designed such courses for them.
"We are going across the country doing the same programme and we will be in Midlands the first week of soon. We are not closing doors on anyone from other regions, they can join us if they want. The cost is $20 and we feel it is affordable," said Mutekede.
Some of the notable participants that will attend include Buffaloes' Arnold Gatsi, Elisha Chirashanye from Tenax FC, Owen Sango from The Africa Trust and Loice Tsvaki from Mwenezana.sport
Share !