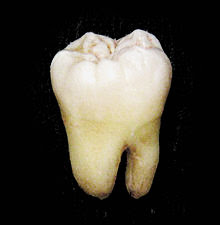 ZVISHAVANE - Melania Zhou of 2204 Makwasha surbub lost one of her front teeth after Mercy Dube attacked her with a stone during a fight, the Zvishavane Magistrates Court heard last week.
The matter came in the open when the two appeared before resident magistrate Archy Wochinga with Zhou accusing Dube of using stones during the fight.
"She hit me with a stone instead of fists and I lost my tooth because of that," said Zhou.
It was the State's case that on September 9, Dube assaulted Zhou with open palms and fists on the face following a misunderstanding.
The outraged Dube then struck Zhou with a stone on the mouth resulting in the victim losing a tooth and a police report was made resulting in the arrest of Dube.
In her defence, Dube said she was only retaliating because Zhou had hit her with a pot and had poked her on the face multiple times.
In passing judgement Mr Wochiunga issued a stern warning to the two, saying differences must never be settled through violent means.
Dube was slapped with a 180 hour community service.
Stanley Ncube persecuted.local
Share !