15-year-old in court for sodomy 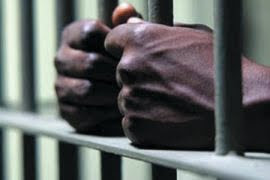 GWERU - A 15-year-old Lower Gweru boy recently appeared before Gweru regional magistrate Morgan Nemadire facing three counts of sodomy.
The boy, who cannot be named for legal and ethical reasons, pleaded not guilty to the charges claiming that he was playing 'chikudo'  with the nine-year-old victim.
He claimed there was no penetration and he was remanded out of custody under the care of his grandfather to October 23 for trial.
The court heard that on January 12, 2017, the accused visited the minor at his homestead in Madhuveko Village in Lower Gweru and asked if he could accompany him to a neighbour's homestead.
While in the bush along the way, they started to engage in playful wrestling (chikudo) and the accused allegedly took advantage of that to sodomise the complainant before threatening him with unspecified action if he reported the matter to anyone.
On the following day, the accused met the complainant in the veld and sodomised him again and on the third incident, they were caught by a passerby who took the alleged offender to the police.
However, the accused said that they were just playing and turning each other up and down so when the passersby found him on top of the younger boy, he assumed that he was molesting him.
Lloyd Mavhiza prosecuted.local
Share !