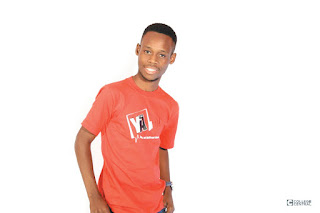 CHIVHU - Rising gospel star Admire Nago, who debuted with a full album in 2015, has for the first time in his gospel career released two videos from his 2017 singles that featured Emmanuel Mari, Gamuchirai Magadzire and Roe Makawa.
The two videos, Baba naMai and Mirira, were produced by Innocent Ngoma under Martkays Productions with Baba namai, which features Emmanuel Mari and Gamuchirai Magadzire, emphasising the critical role that parenting plays in bringing the best out of children.
Mirira features Roe Makawa and it encourages people to wait upon the Lord and be patient with His plans as his timing is the best.
Nago, who is also a radio presenter at YA FM in Zvishavane, has expressed satisfaction with the support that gospel music fans are giving him.
"These are my first videos and I am very excited. I urge my supporters to keep on supporting me as they are my pillars of strength. I urge the whole nation to watch these videos so that they see the importance of waiting for God's time which is the best time," said Nago.
Nago has received considerable air play on a number of stations including Radio Zimbabwe and has promised his fans more videos and songs featuring established artists.entertainment