Home » Local » Against all odds: The story of a philanthropic female ICT expert

Against all odds: The story of a philanthropic female ICT expert 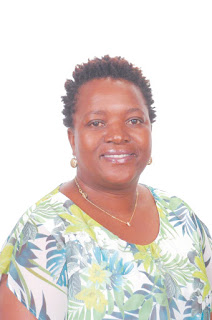 "I have always wanted to venture into what are generally perceived as domains of masculinity and I feel women can do it too despite the odds being heavily stacked against them within the kind of society I grew up."
These are the words of Hellen Venganai, an Information and Communication Technology guru who attributes her success and the progress of the charitable work she does in Bikita to her attitude towards her own personal life experiences.
Venganai runs a charity organisation called Mambure Trust which works to help mainly young rural girls with ICT skills.
She says her life has been a tale of overcoming obstacles and she is now committed to the goal of advancing the rights of marginalised girls especially those living in rural areas.
At high school, a mathematics teacher discouraged her from studying sciences saying those were difficult areas that girls could not possibly hope to do well. That alone was an eye opener to what she calls a repugnant world which employes stereotypes to undermine the potential of the girl child.
"My desire to get into the sciences was nearly shattered when a maths teacher told me sciences at 'A' level were for males so I grudgingly studied arts subjects and ended up as a journalist.
"Working as a journalist did wonders for me because the vast information at my disposal made me realise that I still had a chance to pursue whatever dream I still had to get into the sciences.
"It was then that I went to Netherlands for further studies in Gender and ICT before coming back home, not to find a job, but to help young rural girls with relevant ICT skills," Venganai said.
She says only voluntarism can change the fortunes of such communities as those that she works with because most of the people there cannot afford to buy computers, let alone to hire an expert to train them.
Her basic computer skills programme for primary schools like Jaravaza and Nyemba in Bikita has helped hundreds of children, mainly girls.
"Getting hired skills is out of reach for communities I targeted so I understand the importance of volunteerism, having stayed abroad for long. It is important that people work to spread ICT skills to communities with no other chance of getting them.
"The programme was primarily targeted at girls but boys later complained that they were being excluded so we created their own classes so that they too could gain from the programme.
"Besides now involving young boys, the programme has also gone further to train teachers after a realisation that teachers themselves had no basic ICT skills. All this I do because I don't want young girls in rural communities to face the problems that I myself faced," said Venganai.
On the future of her programme, she says it is her wish to see children from more disadvantaged communities being included.
"I don't have much resources but I would like to see the programme growing. The world is moving fast and it is leaving behind those who lack skills and access to information. We want to change that by leveraging on the little that is available to make a difference. With hard work and the determination that has always underlined this idea, all that I wish for can come to reality," she said.local
Share !