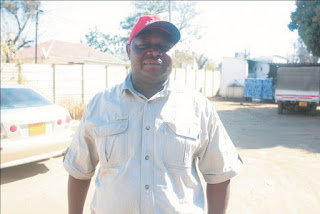 Mucheke Pirates Football Club last Sunday edged army outfit Mukanya Bullets FC 1 - 0 in a match played at Mucheke Stadium under the guidance of their new mentor Ezekiel Mutoda.
The Masvingo-based side took the lead in the eighth minute thanks to a Washington Ncube diving header assisted by Gift Bhero from a superb right footed cross.
In the first half, it was a one way traffic but Pirates front line could not convert the chances that came their way.
Mucheke Pirates remained fourth-placed on the log standings, 10 points behind unstoppable log leaders Mutare City FC.
The win means Pirates new head coach and former Masvingo united coach Ezekiel Mutoda, who was in charge of the team for the first time after taking over from Johannes Nhumwa a few days ago, could be in for greater things at the new club.
Nhumwa was fired for failing to produce impressive results at a time when the team desperately needs to be promoted into the Premier Soccer League (PSL)
He had, however, guided the team to 41 points, 12 wins five draws and six losses and the team still remain on fourth position with 44 points.
Log leaders Mutare City defeated Renco Mine 2 - 0 while second-placed Buffaloes beat fellow Manicaland side; third-placed Tenax FC 1 - 0.
Mutare City FC seem to have earned the ticket to premiership football basing on their current form but the race is still on, with six games to go and the top four teams doing everything to collect maximum points.sport
Share !