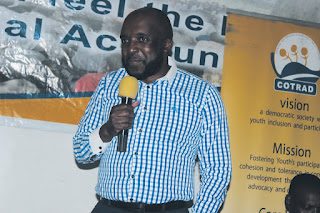 Dr Paul Chimedza is the new Minister of State for Masvingo Provincial Affairs following his appointment to the position in President Robert Mugabe's shock cabinet reshuffle on Monday.
The impromptu cabinet reshuffle also saw the promotion of Masvingo South legislator Walter Mzembi from the Ministry of Tourism to become Foreign Affairs minister, a more influential portfolio.
Dr Chimedza takes over from his arch-nemesis, the late Shuvai Mahofa who died in August, and he inherits a difficult province riddled with factionalism and perverted economic interests characterised by determined attempts to seize productive land from the likes of Tongaat Hullet.
The Gutu South legislator becomes the third person to occupy the post in four years, with Kudakwashe Bhasikiti, who was appointed in 2013, lasting just a little over one year before he was kicked out in 2014 for being in the 'wrong basket' of the Zanu PF's factional battles then pitting 'Weevils' versus 'Gamatox'.
Dr Chimedza was himself a victim of the purges that claimed the scalps Bhasikiti and others, and was fired from his position as deputy minister of Health but was later exonerated.politics
Share !