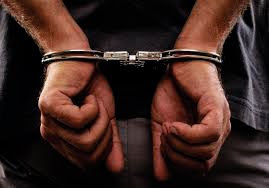 GWERU – A nasty fight by two teenage girls over a bathing sponge ended tragically with the death of one of the two and police have arrested the other for suspected murder, TellZim News can reveal.
Midlands provincial police spokesperson Assistant Inspector Ethel Mukwende confirmed they had arrested a minor in connection with the case.
"We can confirm that we have since arrested a minor in connection with a murder case where she allegedly stabbed her co-tenant for using her sponge without permission," Ass Insp Mukwende said.
The matter is being investigated by police under RRB number 28057689.
TellZim News learnt that October 2, at around 17:30 hrs, the accused went to the bathroom intending to bath and discovered that her bathing sponge was wet.
The accused began to ask questions as she had assumed that somebody had used her sponge and it is said fingers began to point towards the now deceased. After a long quarrel between the two, the accused allegedly struck the other girl with feasts.
After being restrained, the accused went to her room where she drew a knife and stabbed the now deceased once on the lower side of her chest.
The victim started bleeding profusely and she collapsed. She was taken to Gweru General Hospital where she was pronounced dead the following morning.local
Share !