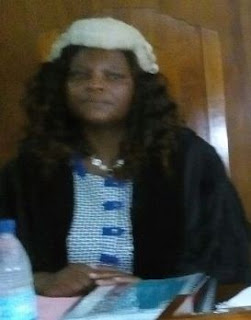 GWERU - Nomadic Gweru Town Clerk Elizabeth Gwatipedza is desperate to leave the local authority for a similar post with Harare City Council for several reasons including reports that she is angry that Gweru turned down her offer to occupy the mayoral mansion which was part of the packages that attracted her to take the job.
Gwatipedza, who was Redcliff Town Clerk, joined Gweru municipality in December last year following the jettisoning of Daniel Matawu.
Her plans to relocate to Harare comes less than a year after joining City of Gweru where she has been criticised for making outrageous demands for luxury.
She has been shortlisted for the capital city's top post together alongside other aspirants who include Dr Tapiwa Mashakada and Dr Cainos Chingombe.
Recent reports, however, indicate that City of Harare may not be able to recruit a Town Clerk anytime soon because council disregarded a government directive on the composition of the interviewing panel.
The reports said Harare used councillors to interview the shortlisted candidates instead of the stipulated professionals in accordance with the requirements of the law on separation of powers in local authorities.
Sources said Gwatipedza was desperate to move to Harare because Gweru had rejected her demands for many perks and privileges including a demand for US$30 000 worth of curtains for her house and US$15 000 worth of fuel.
Gweru city fathers clashed with Gwatipedza in August this year after they reportedly resolved to turn the 20-roomed mayoral mansion she had wanted to occupy into a lodge.
Gwatipedza was insisting that she should be allowed to occupy the mansion because it was part of the package that attracted her to join the council.
"There is a lot of talk regarding the mayoral mansion," she said then. "To begin with, it is a package that made me join Gweru City Council. When I got this job, I was supposed to be booked in a hotel until council found suitable accommodation but I decided to commute while waiting for council to find suitable accommodation."
City of Gweru mayor, Charles Chikozho in response, said the council was sticking to its 2015 resolution to convert the mayoral mansion into a lodge to boost council revenue.
"As of now, our position regarding the mayoral mansion is to turn the mayor's house into a guest lodge. As for the Town Clerk, the council is now sorting out her accommodation elsewhere," Chikozho was quoted as saying.local
Share !