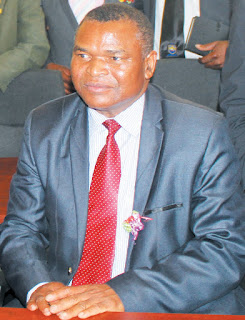 MASVINGO - The province put on splendid performance at the National Annual Science and Sport Festival (NASSAF) games held last week at the National Sports Stadium in Harare.
The event saw all the ten provinces convening to participate in more than 42 disciplines under three categories of the new curriculum of January 2017.
The categories were science, performing arts and sports and the province took 17 gold medals for such activities as painting, drawing, printing, and sculpturing.
During an interview with TellZim News, Provincial Education Director (PED) Zedius Chitiga was happy with the performance which saw the province emerging as the fourth best.
"Our children had an opportunity to showcase their talents and they did enjoy themselves and our province outcompeted many others. We were a good crowd puller and our own Mutendi brass band entertained the crowds," Chitiga said.
Schools Inspector physical education and culture who is also the provincial focal person, Fredrick Matavikwa also expressed satisfaction with how the province performed.
He praised Vinemighty Masendeke, a pupil at Kanongovere Secondary School in Gutu, for designing a stock feed grinder which came first at the festival.
He said he was also pleased with the province's exceptional performance in the performing arts cluster activities like mass display, wushu, poetry and band.
"Many artists do make money through live performances therefore the new curriculum is focusing on talent identification with the main thrust being Ubuntu," Matavikwa said.
Under the performing arts cluster, various schools and individuals obtained gold medals among them the Dikwindi Primary School gymnastics team, Victoria Junior marimba band and Margareta Hugo special mbira team.
The poetry prize was won by Lisa Sibanda from Mazambara High while solo was won by Malvin Chidhuza of Silveira High School.
The overall best provinces were Harare with 59 gold, Bulawayo with 26, Mashonaland east 24, Masvingo 22, Mashonaland West 20, Manicaland 14, Midlands 13 Mashonaland Central 11, Matebeleland South 7 and Matebeleland North 5.local
Share !