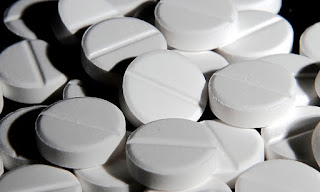 MASVINGO – Chiramwiwa Katiyo, a teacher at Mazambara Secondary School on Monday afternoon attempted to commit suicide by swallowing an overdose of 20 unidentified tablets reportedly to protest against her husband's alleged infidelity.
A source privy to the incident said Katiyo was rushed to Zimuto Clinic but was later transferred to Masvingo General Hospital after the school senior teacher found her struggling to breathe while frothing on the mouth.
"She called the senior teacher and told her that she was worried about the welfare of her kids and from the way she was saying it, the senior teacher sensed danger and went to investigate," said the source.
Circumstances leading to the attempted suicide were not clear by the time of going to print but it is alleged that she had talked to her husband over the phone and it is suspected that their conversation was caustic.
It is alleged that she was having marital problems with his husband, a police officer in the Criminal Investigation Department (CID) in Masvingo.
It is further alleged that Katiyo's husband was having an affair with his female workmate and had taken away all bank cards, leaving Katiyo broke and distressed.
"Her husband lied to him that he was working in Beitbridge for some days yet in actual fact he was at his girlfriend's place right here in Masvingo. She soon found out that her husband had been lying to her and could not take it anymore," said another source.local
Share !