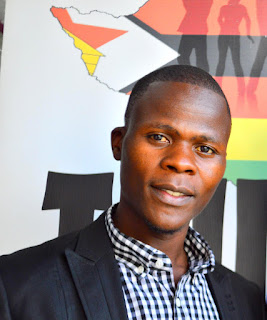 MASVINGO - Media Institute of Southern Africa (MISA) Zimbabwe - Masvingo chapter's  provincial advocacy committee last week elected its new executive with TellZim News editor Passmore Kuzipa landing the position of chairperson uncontested.
The elections were held under the watchful eye of Misa Zimbabwe programmes officer Nyasha Nyakunu.
Theresa Takafuma landed the secretary general post uncontested while Madodana Nxumalo and Works Gezani, both from Hevoi FM, as well as Hazvinei Mwanaka, a freelance journalist, were elected committee members.
Kuzipa takes on from Golden Maunganidze who recently landed the national chairmanship post uncontested.
Speaking after his election, Kuzipa thanked the people for having faith in him and he promised to work hard to promote access to information.
He also encouraged the new team to work together to further the goal of media freedom in the province.
"As Masvingo, we have to work together as a team and always adhere to media ethics when conducting our duties. I also hope that we will work together in promoting access to information and freedom of expression in the province," Kuzipa said.
The new team takes over at a critical juncture when the country is approaching elections, a time when tensions usually rise, with journalists facing harder obstacles in doing their work.local
Share !