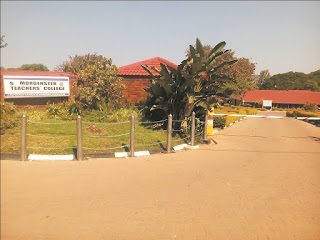 MORGENSTER – Hundreds of Morgenster Teachers' College students filled the mission hospital wards to the extent that others had to be attended to in their hostels early this week after they suffered from diarrhoea reportedly caused by stale food they were served in the dining hall.
Sources said on Sunday afternoon, October 15, students were served lunch which included improperly cooked chicken before being served yet another horrible dish for supper.
When contacted for comment, college principal Raviro Chipato refused to comment and referred all questions to the hospital despite the fact that the incident happened at her school and not at the hospital.
"Call the hospital maybe they can answer you for I cannot comment on the matter," said Chipato.
However, students who spoke to this publication said they suspect that they ate poisoned or stale food on Sunday which resulted in the outbreak of diarrhoea.
"Takapiwa chicken yainhuwa kuora apa yaiva neropa pakati kuratidza kuti yaiva isina kuibva, manheru takazopiwa beans mbishi apa dzakatsva and ndopakatangira vanhu kuita mudumbu usingaperi," said one student.
It is further alleged that many students were admitted at the hospital until the beds were full and some had to be treated from their hostel beds.
Another student said the college suspected poisoning and said of all the students who were present on Sunday, very few were spared the illness.
"Over a thousand students had running tummies and of all the people who ate the food, less than 50 did not get sick," said another student.local
Share !