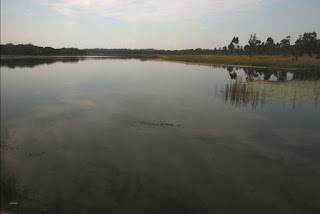 MWENEZI - A family from Mboweni village under Chief Negari is heartbroken after a minor who was doing grade four at Rata Primary School drowned in Zvehubu Dam while fetching water.
The body of Miriam Jerera was found floating in the dam from where it was retrieved and taken to Neshuro District Hospital where she was pronounced dead.
Though no comment could immediately be obtained from the police, Chief Negari confirmed the tragedy.
"The body of Miriam Jerera was found in Zvehubu Dam last Sunday afternoon. People who retrieved her body said she was still breathing when they found her but she was announced dead on arrival at the hospital.
"She lived with her grandmother and was alone when the incident happened. They had previously gone to the same dam to fetch water together with the grandmother but she later convinced her that she could go back alone," said Chief Negari.
The grandmother later suspected something was amiss and she rushed to find out, and that is when she noticed that her grandchild had left her bucket unattended. One of her shoes was floating in the dam.
She immediately alerted other villagers who came and retrieved the young girl.
The tragedy comes a few weeks after another minor, Moreblessing Mbilibgwani of Chitemere village under Chief Neshuro in Mwenezi drowned in Chikwela Dam under similar circumstances.local
Share !