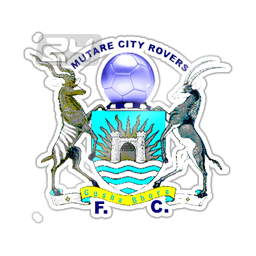 MUTARE - The battle to bring Premier Soccer League (PSL) action to Sakubva Stadium took a new twist over the weekend when the current log leaders Mutare City Rovers suffered a one nil defeat at the hands of Tenax FC.
Dubbed the Mutare derby, the one nil win saw second placed Tenax FC closing the gap to a point with less than 10 games to play in the Eastern Region division 1.
The PSL race currently favours Mutare teams and has Mutare City on the lead with 51 points, with only a point separating Tenax FC from the log leaders. Rusape-based Buffaloes FC are on third position with 48 points.
Speaking to TellZim News, Tenax FC vice chairperson Stephen Masina said they were ready to fight until they get promoted into the top flight league next season.
"We had a good game over the weekend and as it stands right now, we are on track to win the promotion we will fight till the end," said Masina.
Tenax FC has a trick fixture as they will play Buffalo FC away in Vengere Stadium this week.
"Our away games this season have given us more points and our next game is away in Rusape against Buffaloes and it is a must win game for us if we are to continue chasing our dream," said Masina.
Tenax FC share Sakubva Stadium with Mutare City and they expressed dissatisfaction with the current state of the stadium which they said was not attractive to football fans who bring in the much needed revenue.
"Gate takings are supposed to be our incentive but with the current state of the stadium, we are failing to realise that incentive because the security wall is broken and has not received any attention," added Masina.
Sakubva Stadium's security wall was damaged during President Robert Mugabe's Manicaland youth interface rally which was held in June.sport
Share !